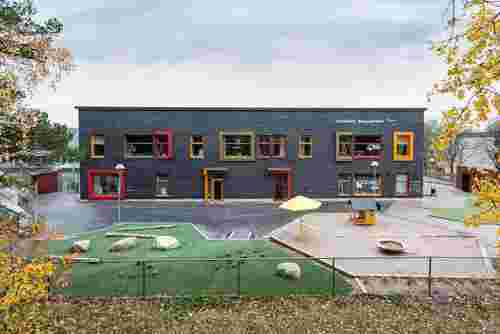 The Future of School Infrastructure Starts with Construction Quality Management

In Stockholm, Sweden, SISAB is the public entity responsible for developing and managing school infrastructure, and they take responsibility for their city’s future seriously. SISAB partnered with one of Sweden’s leading community development consultancies, Tyréns, to create the BIM Future School Starter Package, a building model for all new elementary schools in the city, powered by BIM 360 within Autodesk Construction Cloud™. With BIM 360, Tyréns replaced endless design coordination meetings, saving two hours a week over five months, resulting in 50 hours in time savings.

Victor Cabezas, Tyréns Business and Service Developer, and Michael Thydell, External BIM Strategy Advisor for SISAB, partnered to reduce costs in institutional development. With the old way of doing things, each new school building was costing more than before.

This is where the idea for the BIM Future School Starter Package, a digital model concept that enables reuse of the best technical and spatial solutions that SISAB has developed during many years of design, production, and management of school properties, came from.

Powered by BIM 360, the BIM Future School Starter Package makes it possible to quickly and cost-effectively roll out new schools with only minor adaptations and adjustments based on local needs and design variants.

To provide both cost-effective and high-quality facilities, together SISAB and Tyréns set clear goals to:

“When we were done with the pilot, we wanted to have a model ready for customisation, and we wanted it to be better and cost less for SISAB, not more.” 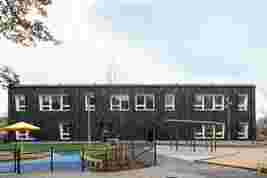 Before partnering with Autodesk, SISAB was not using standard design coordination and collaboration platform, which led to delays. Tyréns worked closely with SISAB stakeholders to understand the benefits of using BIM 360 to manage collaboration. Ultimately, the starter kit files were created in Revit and then moved into BIM 360 for collaboration.

With project files available inside BIM 360, file viewers no longer need to have a Revit license. As SISAB and Tyréns moved into the construction of the pilot project, this became more important. Stakeholders at SISAB were able to be more intimately involved in the project. They could look at the models and create issues.

They also reduced the time spent downloading and uploading files and reduced the number of errors to be corrected during construction.

This Partnership Became a Model for the Country

Cabezas believes that this is only the starting point and that the industry’s future lies in creating new business models to reduce costs and increase quality using Autodesk Construction Cloud.

“There are still construction and design companies that are thinking in terms of billing more hours to customers, rather than thinking about what’s in the customer’s best interests. This is the wrong way to go about it, especially because customers are expecting greater efficiency and higher quality on increasingly complex jobs.”