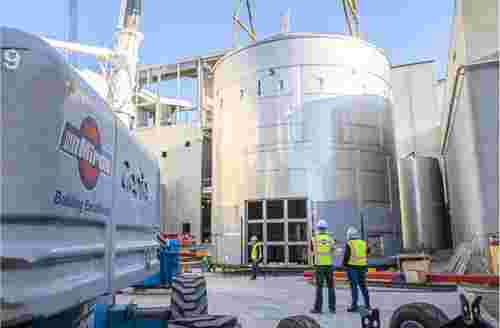 After reading that 30% of construction data is lost during the project handover process, Jay Mathes, Miron Construction’s Virtual Construction Lead for civil projects, pondered ways Miron’s own team might benefit from a different approach to data capture and retention during the preconstruction and construction process. As it turns out, there were many. The next step was obvious–Miron’s Virtual Construction Team began earmarking tools that drove substantial time and cost savings through holistic data management. Operating since 1918, the family-owned construction firm offers preconstruction, construction management, design-build, and industrial services to markets nationwide. Always striving to improve the client experience, members of the Miron team knew that being able to capture, manage, and retain data, cross-functionally and throughout a project’s lifecycle, would drastically reduce cost and time spent on each project, ultimately benefitting all parties involved. Luckily, Autodesk Build—an Autodesk Construction Cloud™ (ACC) solution—checked all those boxes.

Having pinpointed the solution, fleshing out a proof of concept was next up on the docket. “There’s a bigger learning curve for a larger company,” explains Mathes. “We needed a clear, demonstrable value add to convince us to adopt something company-wide.” So, in 2022, when Miron’s leadership team moved to infuse more tech into its processes, Virtual Construction Specialist Kacie Hokanson knew getting buy-in from the entire team would be an uphill trek. Many of Miron’s superintendents are experts in the field but cautious about adopting new technology. “It’s quite the leap from the paper process they’re used to,” explains Hokanson. “But, if we can prove that it’s going to help them by saving time, energy, and effort, they’re more than willing to try it.” Fortunately, Autodesk Build “sold itself,” offering a simple user interface and the promise of major efficiency gains in the field. 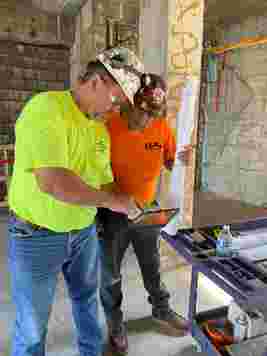 Dedicated to a frictionless onboarding, Miron started by outlining a strategic plan. “We didn’t dive in headfirst,” says Hokanson. “There were lots of things we had to check off the list.” Miron embraced a three-tiered approach for the Autodesk Build rollout: first, train up project managers and document control administrators (DCAs), then, expand to all ACC users. Finally, educate the external partners. Aiding the transition was Autodesk Build’s intuitive design and user experience parallels to BIM360, the firm’s former software solution.

“The first thing we noticed was the simplicity—it made everything much easier to use.”

The team also favored the efficiency enhancements the new software offered. “To gain traction, we needed to be able to train our team quickly and show them the benefits,” Mathes says. “They immediately saw how features like Meeting Minutes and Scheduling made our processes more efficient.” Then came the tipping point—migrating to ACC meant opening the door to document integration and model coordination capabilities as well. “The biggest thing that pushed Miron towards ACC was the integration between all the project documents and having a model-centric project view, rather than a 2D document,” says Mathes. “Also, cloud-based document storage meant you always had access to the most up-to-date information.” Achieving Standardization with a Single Source of Truth

Working from a “single source of truth” was a gamechanger. It allowed the entire team to make and view project updates across RFIs, Meeting Minutes, and Sheets, in real time. Applying these new workflows to an existing project with Brown County Organics delivered instantaneous and undeniable efficiency gains in data management and overall time saved. “We chose Autodesk Build for this project because we had a team of architects, engineers, and subcontractors working in the same space,” says Olp. “The design team’s ability to update files directly meant I didn’t have to; I could just point people to the right place.”

“Compared to what we’ve experienced with other solutions, Autodesk Build really sped up our process.”

These newfound capabilities empowered Miron’s Virtual Construction Team to refine its data management, project management, and field collaboration workflows. For example, when the team began using the Forms feature to standardize and streamline data capture during a project with Brown County Organics, the reductions in project risk and enhancements in quality assurance/quality control (QA/QC) were immediately evident. “Using Forms, anybody can do the QA/QC process. Whereas before, one person oversaw QA/QC in a silo, and all the information lived on their computer.” Olp says. “Now we can add extra data, pictures, and issue tracking, ensuring that data carries on through the life of the project and after.” The Virtual Construction Team at Miron realized an uptick in organizational efficiencies and communication as well.

“We’ve reduced the number of emails, RFIs, screenshots, and PDF reports that we’re pushing out. And yet, there’s so much more communication because everyone’s working in the same place.”

“Having that one construction management solution is where you get the most out of your talent; when you take the really mundane tasks off their plate so they can work on things that actually require their attention,” Olp explains. Miron intends to leverage Autodesk Build as a tool to preserve valuable project information for future client projects too. “The number one concept here is, connected data that lives on,” says Mathes. “The more information we can sustain throughout each process and is usable in the next project…that’s the ultimate long-term goal of using Autodesk Build.” Steeped in a company culture of giving, Miron invests in its employees, with a focus on collaboration and long-term legacy building. Equipping its employees with tech is part of that investment, designed to make work-life balance just a bit more attainable. And Autodesk Build enables the team to do just that. 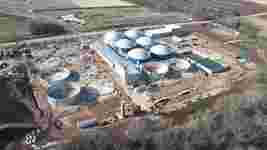 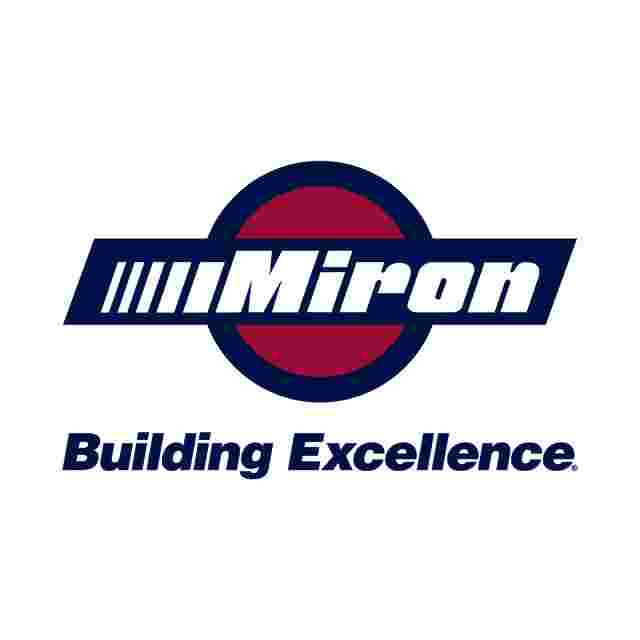