Operating in Belgium for more than 140 years, MBG is one of the largest construction companies in Belgium. Tasked with the high-profile Beursplein and Congresgebouw project, a 4,480 square-metre exhibition hall in Bruges, MBG needed a technology solution that centralised project information in one environment to enable several collaborators and contributors to work together effectively. By adopting BIM 360 within Autodesk Construction Cloud™, MBG increased collaboration and communication across project teams to transform project delivery, resulting in 10% time savings.

MBG was contracted to deliver a brand-new exhibition hall and conference centre for the city of Bruges. The new space, designed by renowned Portuguese architect Eduardo Souto de Moura, recipient of the coveted Pritzker Architecture Prize in 2011, features an intricate environmental design incorporating recycled brick lamellas and will rest on a glass pedestal with metal frames and fixtures.

With the project’s complexity, the main contractor, designers, subcontractors, and supply chain partners were brought together from the project’s outset to improve delivery. With multidisciplinary teams working together, Nelis Van Loock, BIM Manager for MBG, was tasked with finding a technology solution that enabled several contributors to collaborate in one common data environment to work together effectively, driving efficiency. 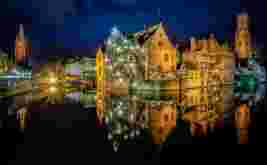 Van Loock called on the help of Arkance Systems to explore the best technology solution to suit the project’s needs. BIM 360 was recommended as the platform to connect teams and facilitate real-time communication in one location, rather than emailing files back and forth. With BIM 360, the project team can mark up drawings, store documentation, and easily log and resolve issues. Everyone working on the project can see progress against a particular issue, which provides a layer of trust and accountability for all involved.

With project documentation tracked in one ecosystem, colleagues joining the project can get up to speed with the project’s progress and find any historical data related to issues and delivery. This visibility helps to ensure strong collaboration across the teams. Teams have also commented on how easy BIM 360 makes navigating project data as everything is in one place.

“BIM 360 was the best solution for us as it can be used as an effective communication platform for everyone working on the project. We’re working with several supply chain partners, and we also wanted to give our customers access to the systems we’re using. BIM 360 does all this and more.” 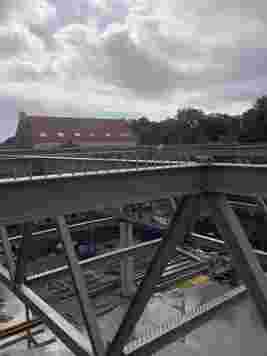 MBG has grown its use of BIM 360 to around 80% of its design-build project portfolio.

Not only does the platform allow the project team to collaborate more effectively, but it’s also led to time savings in certain areas. With increased communication in BIM 360, the team identified errors before going on-site, allowing them to easily re-prioritise and not delay the schedule.

“The subcontractors working on the build have estimated that they’ve been able to make time savings of around 10% through clash detection; they’ve also noted that project delivery and execution has been a lot smoother too.”